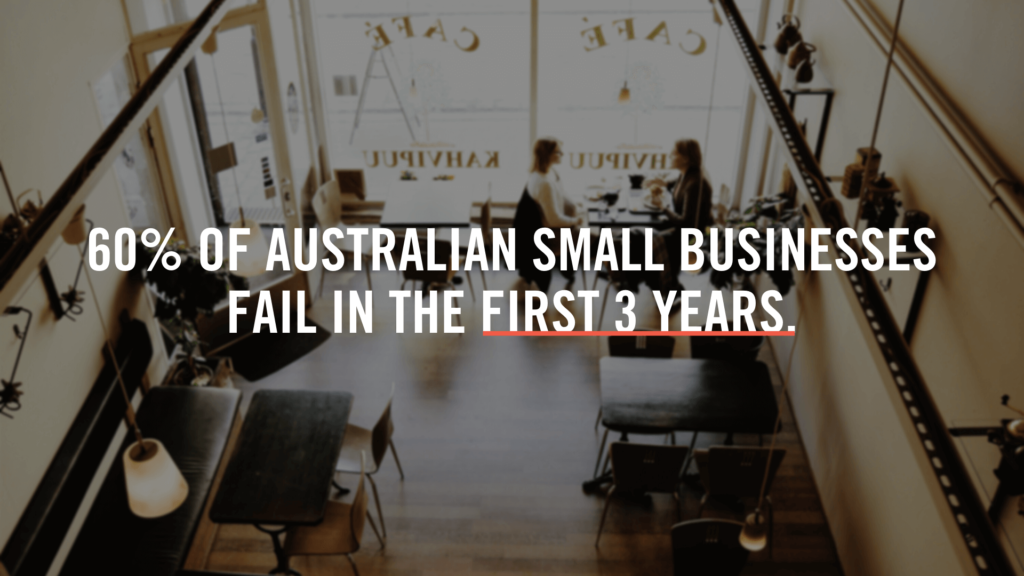 People often compare starting up a small business to taking a leap into the unknown – or diving off a high platform without learning to swim – but realistically, if you look at the statistics, it’s more like running flat out into a brick wall.

Failure isn’t guaranteed, of course, because if it was the world of business and entrepreneurship really would be dead, but it’s pretty bloody likely for a lot of people.

Almost 70,000 new businesses and start-ups bounce out of the starting gates with great excitement each and every year in Australia. Unfortunately, a staggering 60 per cent of them will be gone within 36 months.

The reasons for failure are many – remember that saying about success having many fathers but failure being an orphan – but for a lot of people it feels like the system was stacked against them from the start.

One of the big business killers is our tax system. So many businesses – too many, in fact – fail because they can’t afford to pay the tax bills that turn up at the end of the first year of trading.

Yes, you can partly blame them for not putting money away for a financial impost they should know is coming, but the fact is it’s hard for a lot of people to manage turnover during those unexpected first 24 months, and many owners find themselves using the tax office as a kind of savings account, forgetting that someone will one day come knocking for the money they have – or should have – been putting away.

To be fair, the biggest problem is often small-business people being their own worst enemies. All too often, when I ask people why they’re going into business they give the same, shortsighted answer – to make money.

They think it’s going to be easy, that they can somehow do better than everyone else, that they can out-trade or outsell the market. And in the current, struggling retail market, that is all too often a huge mistake.

People need to have a reason to go into business, a why that’s bigger than just “making money”. If that’s all you want to do, there are easier ways.

A 2016 Harvard Business Review study found that companies “that are able to harness the power of purpose to drive performance and profitability enjoy a distinct competitive advantage”.

What many businesses fail in is having a reason to exist, knowing what customers want and then working out how to deliver it to them at a price they’re willing to pay, but one that will still be high enough to help them turn a profit.

“Failure is not an option” sounds like a wonderful motivational statement, but the fact is that failure is all too often a result for those who simply believe they can make a small business work without realising how hard it’s going to be or thinking through a plan to make it happen for them.